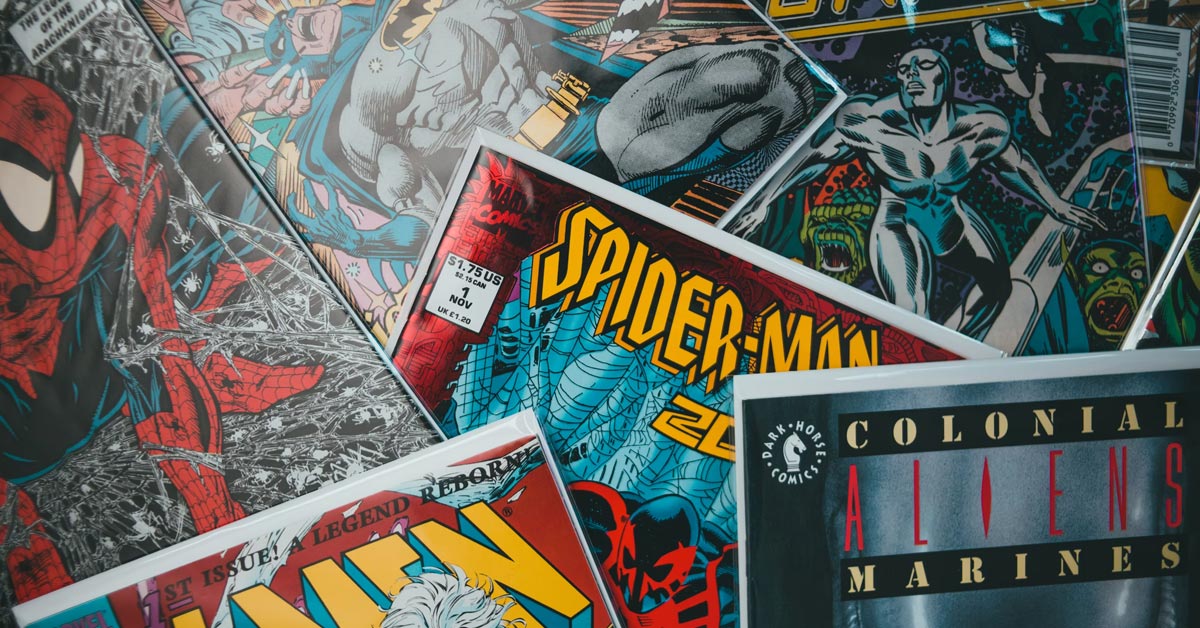 The internet can be an awesome place to find free stuff, especially if you’re an avid reader. For those who can’t get enough of comic books, I’m letting you in one a secret: not only are there DOZENS of websites that offer free comics online to your heart’s content, some comic book stores also give away free copies of comic books (and even have them shipped to your house every now and then).

You just need to know when, where and how to get first dibs.

How to Get Free Copies of Comic Books

The most popular way to get free comics is by joining the ‘Free Comic Book Day’ program of your favorite comic book store.

Free Comic Book Day (FCBD) is the biggest event in the comic book industry. Held every first Saturday of May, FCBD is a single day when participating comic book specialty shops across North America and around the world give away comic books absolutely free.

The idea came from California-based comics retailer Joe Field who wrote about the event in his “Big Picture” column in the August 2001 issue of Comics & Games Retailer magazine. The next year, the event actually happened with the help of the comic book industry’s largest distributor, Diamond Comic Distributors.

Today, Free Comic Book Day is celebrated not just in North America but also around the world. At least 50 titles are given away each year, most of which are over 30 pages long and are produced specifically for the FCBD event.

Here are some important info you need to know about Free Comic Book Day:

Make sure to check comicshoplocator site as well. Sometimes, small comic book retailers may not be officially included in the FCBD list but still giveaway free comic books locally.

Aside from FCBD, you can also get free comic books on the following events:

Of course, follow comic book publishers directly, so you’re up-to-date whenever they do giveaways. These include the BIG two publishers:

10 Sites Where You Can Read Unlimited Free Comics Online

If you want to read free comics online anytime and anywhere you are, these sites are free for all.

RELATED How to Get Hulu for Free: 9 Ways That Work

I’m a fan of artists and their projects. If you wish to get first dibs on a new comic book title from new or already-established comic book creators, you should watch out for their Kickstarter campaigns. No, these are not FREE, but they are usually super low-priced.

If you’re interested in the comic book industry as a whole, maybe you can check out free magazines or industry websites like The Comics Journal or Hogan’s Alley.

Do you know of other ways you can read free comics online? What experiences did you have with Free Comic Book Day? I’d love to know!

11 Places Where You Can Find Free Audiobooks for Kids